Would you like to switch to the accessible version of this site?

Don't need the accessible version of this site?

Car Accident? Call us! We are CERTIFIED in Personal Injury 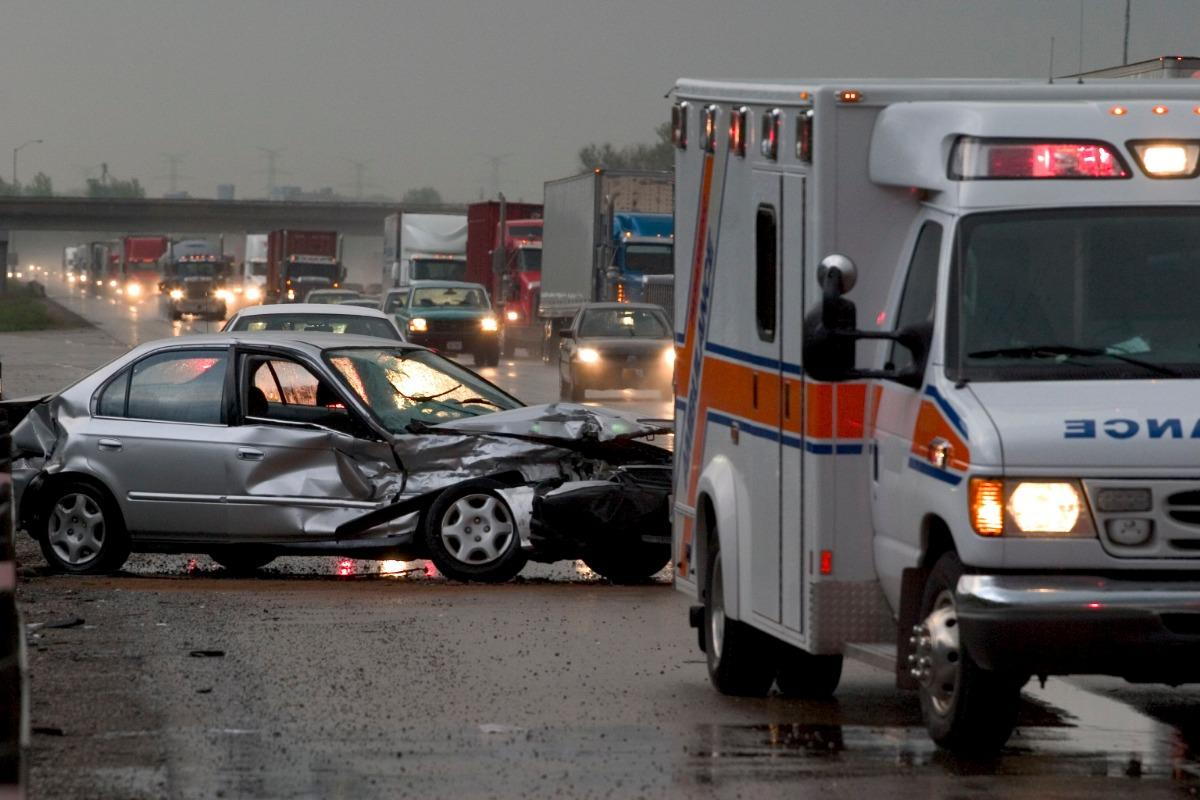 FRONT IMPACT OR HEAD ON COLLISIONS

It is shocking to note that about one third of the neck injuries are the result of frontal impacts. The devastation created as a result of a frontal impact or a head on collision cannot be ignored. The head injuries occurring in this type of impact prove fatal in a significant number of cases. The hallmark feature of a head injury occurring in this type of injury is the ponto-medullar laceration or brainstem trauma. This ponto-medullar laceration occurs following the fracture of the base of the skull. Hinge fractures and pyramidal fractures have been observed to cause significant trauma to the brain stem.

A post mortem study of 705 deceased head on collision (4) victims revealed that about 63.4% died of varying degrees of head injuries. Among them 15% showed ponto-medullar laceration of a severe degree.

It is interesting to note that a front impact collision obeys the laws put forth by Newton.

Following a collision, the speed of the victim vehicle is altered and it either comes to a halt or decelerates. But, the body continues to move forward for a certain amount of time, till the seat belt restrains him back and that is when the body starts moving in the direction of force exerted by the seat belt. As per Newtons first law, a body in state of rest or motion, will remain at rest until acted upon by an external force. Another interesting fact is that, although the vehicle starts moving backward following the impact, the road exerts a forward pressure on the wheels. This action obeys Newtons third law of motion where it is stated that every action has an equal and opposite reaction.

The effect of a head on collision on a vehicle ranges from crushing of the front part to roll over of the whole vehicle. The wide range of injuries on various parts of the body is listed below;

The spine of the victim is susceptible to injury as it acts as shock absorber of the energy dissipated by the impact and its critical anatomical position between the stationary head and moving torso make it vulnerable. The resultant ligamental strain and consequent muscle guarding affects the range of motion. This gives rise to whiplash symptoms. 1

An unrestrained back seat passenger acts as a flying bullet during a collision and injures the other occupants (10).

When flexed knee of the driver hits the dashboard, the energy of impact travels down the tibia and up the femur, causing fractures and dislocations.

An unrestrained driver suffers from fatal injuries to the chest because falling forward on the steering column, windscreen etc.

Urogenital trauma and renal injuries induced by seat belts have also been observed.

Roof impacts lead to post concussion symptoms and also cause strain on foramen magnum which predisposes to various other pathologies.

Ejection of the driver or passengers is a real possibility when the windshield does not stop the driver. Here, the body hits the ground or objects nearby and chances of being run over increases. This can lead to unpredictable range of injuries ranging from abrasions to fatal intra-cranial hemorrhages and multiple fractures and dislocations.

Seat belts also lead to compression or hyperflexion injuries. They have been proved to cause clavicular fractures, abdominal ecchymosis following internal trauma and also spinal fractures (11 &12).

Airbags cause thermal and chemical burns on skins and eyes during deployment.

The extent and the nature of injury suffered, depends on the character of the tissues involved. Old victims suffering from osteoporosis show higher preponderance to fractures when compared to children, who suffer from muscle sprains and other soft tissue injury.

It has been observed that collision between two small cars had severe consequences when compared to head on collisions between two large cars (1). Frontal small overlaps were responsible for 48% of casualties resulting from collisions (6).

Injuries in pediatric patients with seatbelt contusions. Am Surg 2003;

Send Us An Email Today!

Find Out When We Are Open